Stuart Immonen is a Canadian comic book artist, best known for his work on Nextwave, Ultimate X-Men, The New Avengers and Ultimate Spider-man. Teamed usually with the elegantly named Wade Von Grewbadger, Immonen is responsible for some of the most memorable page layouts of the last decade as he effortlessly combines composition, characterisation and razor blade lettering to allow any script writer’s ideas to flow. 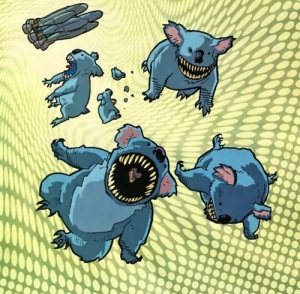 Immonen was, until recently, a hidden master in the recesses of the comic industry. In recent years – working on New Avengers, Ultimate Spider-man and the most recent Marvel event Fear Itself in which he was lead penciller on the main series at the core – Immonen has found his rightful place among the most recognisable artists in the industry. With an ice cool approach to complicated and original compositions Immonen has an amazing reputation for taking complex ideas and communicating them effortlessly out of the page. 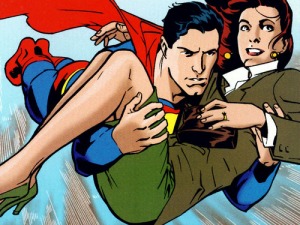 Studying at Toronto’s York University, Immonen pursued a career in art immediately. In 1988, he self published a series called Playground. It was his frst published work. He progressed quickly, working at several small comic book companies before being hired by DC Comics, and most recently (since 1993), Marvel Comics, where he gained greater notoriety. In this time he had handled some of the biggest names in the industry – fictionally speaking. At DC his clean line work introduced Immonen to the great kryptonian and DC flagship, Superman. He remained with Superman for some time though more on the fringe of the associated titles – contributing to multiple artist titles such as Superman Metropolis Secret Files, Superman Red / Superman Blue and Superman: The Wedding Album. His posting on Legion of Superheroes gave him a chance to practice the combination of multiple characters in a range of compositions – something that would prove his defining characteristic later in the industry. 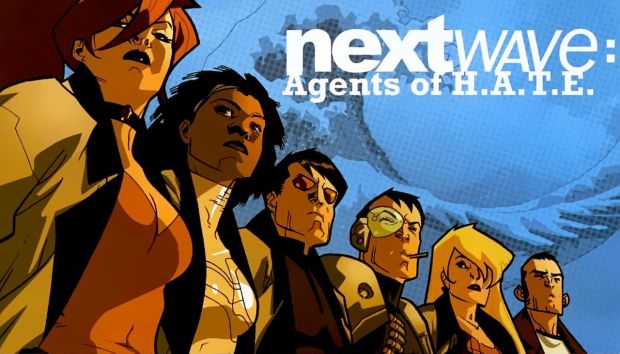 But it’s Immonen’s adventures in Marvel that everyone began to notice – handling the most characterful figures in the universe – with a run on Ultimate Fantastic Four and Ultimate X-Men with the newest and coolest writers of the time Warren Ellis and Brian K. Vaughn – both of whom enjoy lightweight, dialogue heavy scriptwriting. It was the deliberately outside continuity in-joke Next Wave that Immonen had the greatest impact.

A re-teaming with Ellis saw a highly collabrative approach to the book, with Immonen given the opportunity to stretch his creative muscle. A rag tag batch of fringe characters from many of the Marvel books; Monica Rambeau, the former Captain Marvel; Tabitha Smith, Boom Boom of X-Force; Aaron Stack, the Machine Man, monster hunter Elsa Bloodstone; and new character the Captain previously called Captain ☠☠☠☠ (the obscured words being so horrible that Captain America allegedly “beat seven shades of it out of him” and left him in a dumpster with a bar of soap in his mouth). 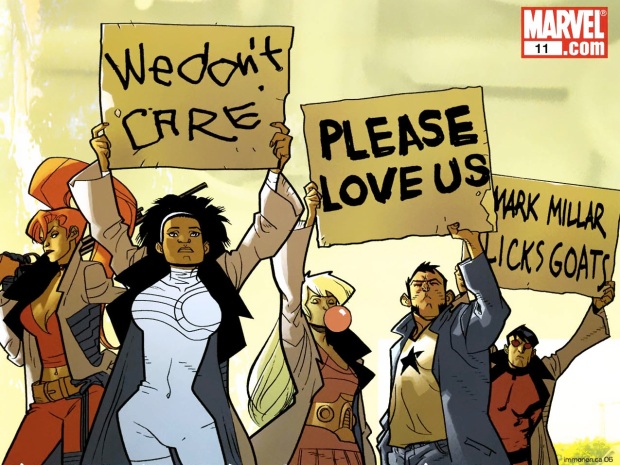 Into this chaotic and satirical book Ellis leaned heavily on Immonen’s pencilling style – almost every edition in the 12 issue run a master class in humorous, action filled perfection. Every quirk and idea was beautifully realised. When Fin Fang Foom unceremoniously passes Machine Man it is both perfectly drawn and hilariously realised. Immonen’s panels in which the Captain beats the living hell out of Suicide Girl loving demi-daemon of a pervo elseworld, Dormmu was so well realised that Dormmu became a surprise bonus character in last year’s Marvel vs Capcom to everyone’s significant joy!

But more than that – in a later book Immonen demonstrated his absolute mastery of multiple styles. As the Forbush man overwhelmed the senses of the assembled Next Wave each was presented with their own versions of reality. Leaping seamlessly between the Captain’s naturalistic, paired down artwork on a faraway world, Captain Marvel’s transluscent trip out, seemingly influenced by African American art styles of the late 70s and early 80s, from Machine Man’s Garfieldesque adventures as an Insurance agent to Elsa Bloodstone’s battle against ancient monsters in a perfect recreation of Mike Mignola’s legendary work on Hellboy. All were simultaneously equal to the art they were satirising while distinctly mocking in style. The balance was met beautifully in a way that can only be understood when viewed. 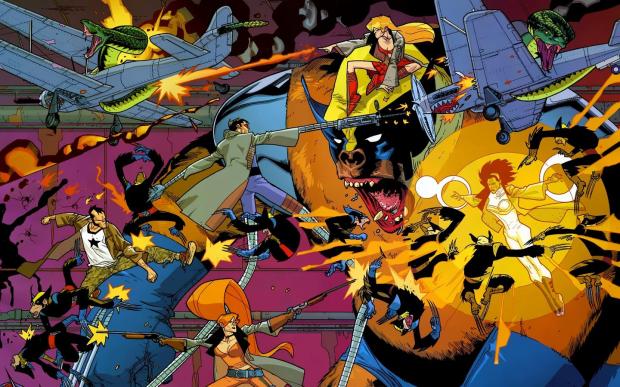 All of this was recognised by Ellis on the run of the book. Taking the highly rare decision to allow effective free reign over a series of no less than 5 double page spreads in which a series of increasingly deranged battles ensued between the Nextwave team and a procession of bizarre choices for soldiers, launched by the H.A.T.E. corporation. This included a Brontosaurus, Battle Tigers, Two headed Samurai, Elvis MODOKs, Golems and spike-wheeled Steven Hawking’s as well as a number of other characters – some too difficult to accurately describe. The end result was an absolute unalloyed joy. Page after page of freewheeling battle lunacy, deftly executed with pin point accuracy and frankly joyous abandonment of any convention. 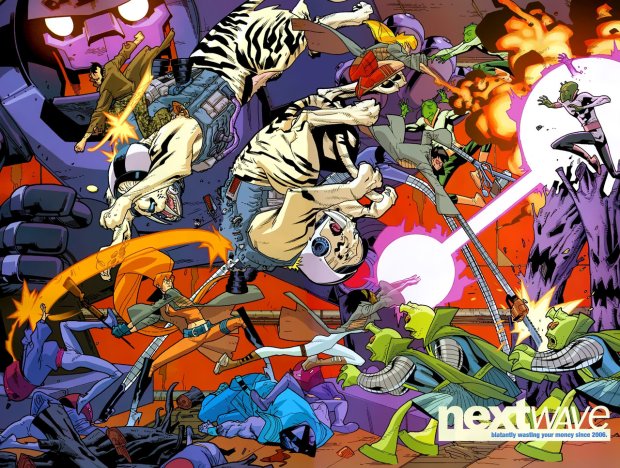 It is rare that any artist is given the opportunities that Immonen was with Nextwave but very few artists can inspire the sort of confidence that Immonen clearly inspired in Ellis on that book. Whether it was intended to be, it was either a showcase for Immonen’s abilities or one that Immonen refused to let pass. Most likely, given Immonen’s relaxed style he merely did exactly what the project called for.