Ok, I promised that we’d talk about jellyfish this week so here we go. More specifically I want to talk about two cases of incredible jelly-based evolution that are as odd as any comic book…well any book not written by Warren Ellis.

The video above is by photographer Sarosh Jacob and was filmed while swimming in “Jellyfish Lake” in Palau. Twelve thousand years ago the ocean around Eli Malk island (where the lake is located) receded, cutting off the lake and trapping the jellyfish inside. With no natural predators to worry about the trapped jellies not only thrived but gradually lost almost all of their stinging power. Today it’s possible to swim through literally thousands of near harmless jellyfish. A more alien experience surly must be hard to find without leaving the planet.

Now the video is pretty cool but if the attributes “safe” and “numerous” aren’t impressive enough to sell you on the awesomeness of jellies then how about we throw in the word “immortal!”

In the waters of the Mediterranean there lives a species of Hydrozoa (basically a jellyfish) called Turritopsis dohrnii which has a very unique way of defending itself from harm.

When under threat from starvation or serious injury Turritopsis, rather than dying, sinks to the bottom of the sea and reverts to a younger version of itself on a cellular level:

“The jellyfish turns itself into a bloblike cyst, which then develops into a polyp colony, essentially the first stage in jellyfish life.

The jellyfish’s cells are often completely transformed in the process. Muscle cells can become nerve cells or even sperm or eggs.

Through asexual reproduction, the resulting polyp colony can spawn hundreds of genetically identical jellyfish—near perfect copies of the original adult.”

Yeah, that’s right, not only does it become younger, but it duplicates while in the process. Quite literally, if you strike this jelly down it will become more powerful than you can possibly imagine.

So there you are, it turns out that immortality does exist in the animal kingdom, albeit in a very odd form. Neil Gaiman’s Sandman can now be said to be rooted in fact…but only if they recast Dream as a jellyfish. 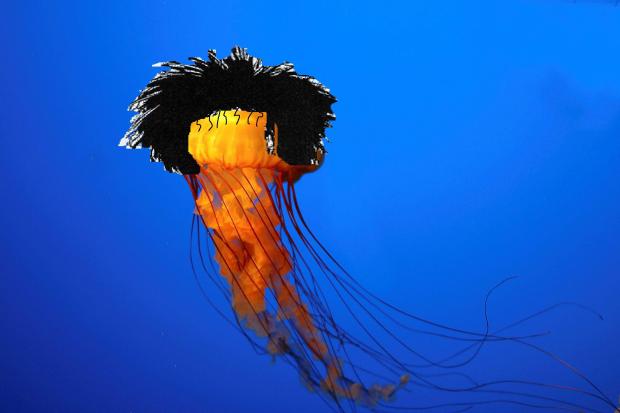