At the age of 31 (coming up 32) I’m already a little bemused by modern tech. I know how to operate my I-Phone pretty well but I’m too scared to put the RAM chips I bought with my current Mac in case I break it – meaning I’m using a potentially high end piece of kit like a neanderthal using an IPAD to beat a passing mammal over the head. I’m aware that there are 7 year olds who know how to use In Design better than I can. A bit of education should sort that out (keep an eye on future Diary of a Bum Artist blogs for further details) but I can appreciate that at some point technology is going to pass me by. Which is why newly released / sightly delayed film Robot and Frank kind of appeals.

Ol’ geriatric Frank (Frank Langella) is being left behind by all the crazy tinpot developments in the world in a fairly plausible future in Sundance success Robot and Frank. Of course old Frank is a thief and finds uses for Robot that we probably wouldn’t’ve thought of but certainly makes good movie plots as he attacks the twats that plague him in the world the only way he knows how. And tries it on with Susan Sarandon (well you would wouldn’t you…)

Frank (Frank Langella) a retired jewel thief gets a new lease on life when he is introduced to a surprising new companion. With the help of his new friend, he attempts to woo a local librarian (Susan Sarandon) and resume his criminal escapades. ROBOT & FRANK is directed by first time filmmaker Jake Schreier, written by Christopher Ford (TVs “Atom TV”), and produced by Galt Niederhoffer, Sam Bisbee, Jackie Kelman Bisbee and Lance Acord.

Directed by Jake Schreier and penned by Christopher D. Ford, Robot and Frank will be in US theaters on August 24th – though if it’ll see a UK release is anyone’s guess….

Yoda is a very old man / Brussel Sprout. In his years of solitude he has been eating a lot of Swamp Radish, even gained a cheerful taste for the stuff as it grows low making it easy for the old feller to get his hands on it. The force has to be reserved for pulling X-Wings out of bogs of course. But given his Sprout heritage it is perhaps unsurprising that the elder members of his species create increasingly large clouds of noxious gas prior to death. Being 600 years old he couldn’t give a rats ass.

The guy who posted this video is as mortified by it’s popularity as we are about finsing it funny. I defy you to watch it the whole way through without a childish snigger. 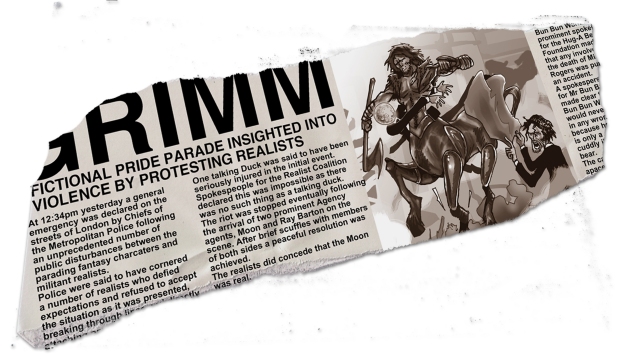 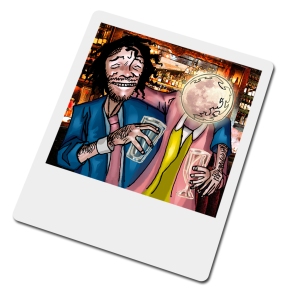 Moon and Ray have the promise of being the greatest agents in the history of the Agency. Ray was one of the finest new recruits back in the 70s. With the successful arrest of long-time hibernating crack pot Spring Heeled Jack, loose once again on the streets of London, using a carefully placed set of trampolines and a long range paintball gun – the chief of the time decided to team the young Barton with their most experienced agent. The rest as they say, is history. In future more of Ray and Moon’s adventures will be revealed – whether it be dealing with Space Nazis on Icy Tundra or postal tea ladies at Buckingham Palace – there will always be a place in the hall of fame for Moon and his long time partner Ray. All he has to do is survive the events of Moon 2….