Peter David is an American writer of comic books, novels, television, mvies and video games. He was born in September 1956 and his most notable comic book work are an award-winning 12-year run on Incredible Hulk, as well as writing turns on X-Factor, Aquaman, Young Justice, Supergirl and Fallen Angel.

Perhaps influenced by his background, David is known for his use of real life issues and humour, as well as popular culture and self referencing within the pages of his work. He is a prolific writer who’s style shows up his natural enthusiasm for characterisation and anarchic plot development. His characters are broad and often sympathetic. He develops worlds as he sees the and when allied with the write artist (Quesada, Frank) his storytelling flows beautifully and simply to the reader. His is an entertaining read, using sardonic humour and situation comedy, action and big scale themes to put forward serious issues Peter David is a very serious campaigner for LGBT issues after he and his gay friend were targets for ostracism and harrassment from homophobes in his second home town in Verona. He had moved there from Bloomfield, New Jersey. While it was his best friend Keith that was gay, the effect was enough for him to spearhead associated story lines in his mainstream comic book with deft, frank and uncompromising cander. His home life has also informed his work as his paternal grandparents and his father, Gunter escaped Nazi Germany to settle in the US, where his father eventually met his mother, Dalia, an Israeli-born Jewish girl, to whom David credits his sense of humour. While his writing carries none of his religious or family backgrounds, David’s acknowledgment of deeper social and political movements beyond the edges of the pages and his use of humour to augment and ease difficult subjects in his work suggests influences from his home in Fort Meade, Maryland (where he was born). He has two siblings, a younger brother named Wally, a still-life photographer and musician and a sister called Beth.

David was drawn into comic books at the age of 5 when he read copies of Harvey Comic’s Casper and Wendy in a barbershop. The Adventures of Superman TV series later got him interested in Superheroes. His favourite title was Superman and he cites John Buscema as his favourite pre-1970s artist. The closest David has got to writing Superman is his first -cousin Supergirl. A character that arguably David’s style suits more though I think many would be intrigued as to what he would do with the last Kryptonian.

As a young boy, his father was a journalist, writing reviews of films, to which he took the young Peter David along with him. Whilst the elder David was writing his own review, his young son was knocking together his own back at home. Some of these appeared in the article itself.

The seminal moment however was in meeting his idol, Stephen King at a book signing, telling him that he was an aspiring writer. King signed David’s copy of Danse Macabre with the inscription ‘Good luck with your writing career,’ which David now inscribes himself onto books presented to him with the same aspirations. Other writers that David cites as influences include Harlan Ellison, Arthur Conan Doyle (Sherlock Holmes), Robert B. Parker, Neil Gaiman (Sandman, American Gods), Terry Pratchett (Discworld), Robert Craiss and Edgar Rice Burroughs while specific books he has mentioned as his favourites include To Kill a Mockingbird, Tarzan of the Apes, The Princess Bride, The Essential Ellison, A Confederacy of Dunces, Adam versus Jefferson and Don Quixote. Harlanm Ellison, an American writer of more than 1000 short stories, novellas, screenplays, teleplays, essays, a wide range of criticism covering literature, film, television and print media and editor of two ground-breaking sci-fi anthologies, Dangerous Visions and Again, Dangerous Visions, is cited as the writer David most tries to emulate in his work. Though emulation seems pointless now as David has become such a notable writer in the field, even if in a limited number of titles.

Strangely, David had given up on a career writing and came to work in book publishing, first Elsevier/Nelson and later working for sales and distribution for Playboy Paperbacks. He subsequently worked for five years in Marvel’s sales department as Sales Direct Manager under Carol Kalish, who hired him and then succeeding Kalish as Sales Manager. At the time he he made a couple of cursory attempts to sell stories, in particular for Moon Knight to Dennis O’Neill bbut this proved fruitless. Three years into David’s time as Sales Manager ‘maverick’ James Owsley became editor of the Spider-man titles. Owsley had been impressed with David’s willingness to work under him without hesitation when Owsley was assistant editor under Larry Hama, and thus, when he became editor, he purchased a Spider-man story from David, which appeared in Spectacular Spider-man 103 in 1985. A move from Sales to Editorial was seen as a conflict of interest at the time and in response to any possible criticism, David made a point of not discussing editorial matters while in his 9-5 job of Direct Sales Manager and decided not to exploit it by promoting the title. David still attributes the poor sales of the title to this decision but has commented that crossing over from Sales to Editorial is now common. None-the-less he was fired from Spectacular Spider-man by Owsley due to editorial pressure by Marvel’s Editor-in-chief Jim Shooter, and has commented that the resentment caused by Owsley’s purchase of his stories may have permanently damaged Owsley’s career. Despite this far from ideal start in his career as a comic’s writer, arguably damaging other’s careers unintentionally in the process, (or perhaps because of it) Jim Shooter’s replacement as Editor-In-Chief, Bob Harras, offered David a position as ongoing writer on a struggling title no-one wanted to write. A difficult, curmudgeonly title that was defined by its character’s complete lack of development – even for the comic’s industry. That title was the Hulk and Peter David was about to make history…. 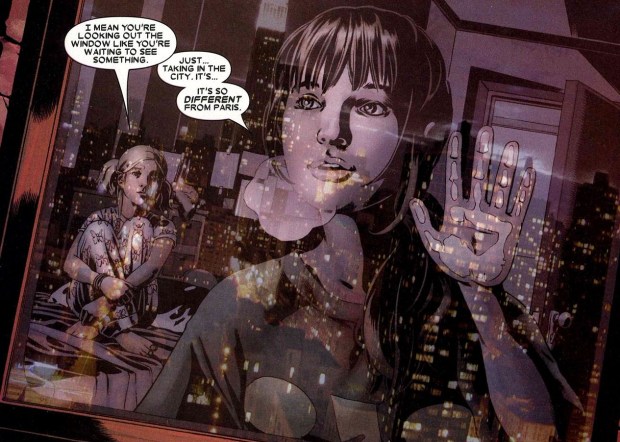