I’ve been reading a lot of Atomic Robo and Five Fists of Science this week and so Nicola Tesla is high on my mind. Thus you can imagine my joy when I discovered this video from the Ulster Bank Festival in Northern Ireland in which two members of performance art group Lords of Lightning don special suits and throw lightning at each other.

The trick works by cobining protective suits, Tesla coils and balls the size of planets. The video is on the long side but be sure to catch the last couple of minutes because it’s well worth the wait.

I love these kind of films and this one is truly breathtaking. It’s a combination of The American Museum of Natural History’s “Known Universe” video and the music of Hans Zimmer. The video takes us from the Himalayas to the very edge of the known universe and includes every single object ever observed at the scale and in the location that it should be. It does this by drawing on the museum’s Digital Universe Atlas, which is the most complex four dimensional map of the cosmos in the world.

(We’re down at the MCM Expo this weekend and we’ll have news about when Moon #2 is out and when our next Moon Launch party will be. If you’re down at the con then come find us in the Comic Village to learn more!)

You know those really great science lessons at school? The ones where the teacher would bust out the glass cupboard and pour funny coloured liquids into each other that would either catch fire, explode or catch fire and explode? Well Plymouth University decided to conduct a similar experiment. Given that they are a higher education institution however, they took it one step further and added a bin full of hapless ping pong balls into the mix.

The lessons you can learn from this are a) if you stumble across a canister of liquid nitrogen, don’t try and store it in a coke bottle and b) if you get turned into a ping pong ball, fear scientists.

I received some of Lego’s robot building kit for Christmas last year and succeeded in building a little car that drove forwards, turned left and then got stuck under the coffee table. Japanese robot fan Akiyuki has gone one better than that (and then one better again and then about a million better on top of that) by constructing a lego machine that gives small toy balls the kind of epic journey usually reserved for Greek mythological heroes. It’s kind of a Rube Goldberg machine except it’s entirely self sustaining and so doesn’t require any components to be manually reset.

It’s an incredible feat of pointless yet wonderful engineering and I absolutely love it.

(We’re down at Demoncon in Maidstone tomorrow so if you’re about, feel free to pop along and say hi!)

In a story that would fit quite nicely into a comic book, Boston Dynamics sprinting Cheetah Robot this week shattered the robot land speed record with a staggering speed of 28.3 MPH. That’s impressive enough when you consider that the previous record (also set by Cheetah) was a mere 18mph but downright terrifying when you realise that it also out paces the human land speed record held by Usain Bolt (why is 27.9 for those keeping score).

That’s right, science has given us a robot cheetah that can chase you down no matter how fast you run. So long as you only run on a treadmill, underneath a stabilising boom and within reach of a mains power supply.

For more info on the project, visit www.BostonDynamics.com

Two of our favourite youtube channels are vsauce and minutephysics so when those two channels team up to give us a pair of videos about shooting guns at space and digging holes through the earth, we take notice. I’ve only thrown up the first video because you can jump directly to the next one by clicking the link at the end unless of course you’re viewing on an ipad in which case the second video is here. Either way you’re about to get enough physics trivia to keep your drinking buddies enthralled for the rest of the month. You’ll also learn how to go about destroying the sun and ending all life on earth so if you’re a super villain or trouble youth with access to several solar masses of water, please don’t watch it. 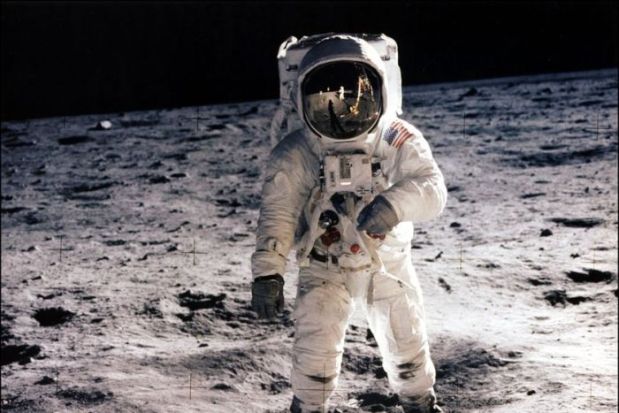 Like every one of us will one day do, Neil Armstrong today departed the Earth. Yet unlike almost all of us, it wasn’t for the first time. Only a few times in a generation does an individual pass into legend, I think we can all safely say that such a moment has occurred today.

You can read the BBC’s full obituary here but we shall simply say, Rest in Peace, Neil Armstrong and thank you.

The Gate – absolutely no idea why I decided to watch this short but it is mind rippingly awesome and is criminally hard to find. A simple premise on which a series of astonishing events are predicated regarding the Human Genome and the potential trapped inside it. It’s joyously creepy and disturbing example of British short film making and certainly something we aspire to here at Beyond the Bunker (particularly Dan who is currently showcasing his work here every Thursday – I made one film – it’s hidden somewhere on the site – like a terrifying perverse easter egg – if you find it be warned, unlike Dan’s work it’s not great but it is shocking).

Be warned before you watch this short – it’s one that lingers…..

I don’t have a tonne of time this weekend, so here’s a video I stumbled upon a little while ago and have been waiting for a chance to share. Without wanting to sound too much like Professor Brian Cox, there are plenty of amazing things in our world. Many of them are extremely famous but there are many more that you may never have heard of. Here’s a quick run down of 10 incredible natural wonders that you may not have seen before, courtesy of All Time Top 10.

Spidy fans are enjoying the brief window of press time for their favourite wall crawler before everything goes a bit Gotham and science is never one to miss out on a good party. In their latest video ASAP Science are looking at the actual science behind Peter Parker’s crazy powers.