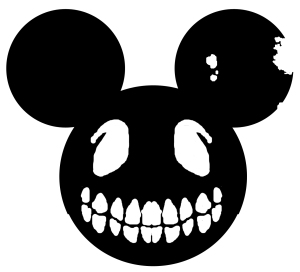 As an artist Disney, Pixar and Marvel are all ideal places to find yourselves. As cynical about it all we might be; Disney is a factory of dreams. It’s scale hasn’t stopped it from producing great films for families throughout it’s history. In recent years it has absorbed it’s main competitor; Pixar, it’s CEO and founder (a former Disney employee) finding his place as the director of the whole company. Some of the finest animated films have been produced under the Disney banner; the only real competition to Japanese animation with the steady decline of Looney Tunes and Warner Brothers as purveyors of animation outside of DC adaptations. To anyone who has ever been enthralled by Cinderella being dressed by birds and mammals, the death of Mufasa at the hooves of a rampaging wildebeest herd or watching a football match involving anthropomorphic medieval figures from the Robin Hood era little doubt can be left as to it’s legacy. And with every clown fish searching the open ocean and every new Iron Man movie Disney continues to grow. However, while Pixar and Marvel can be trusted at present to bring in the bacon – something decidedly unfortunate has happened. Initial reports on the release of it’s most recent; John Carter, have caused Disney to put out a prediction they would lose $200 million this quarter.

It’s been suggested it’s the biggest loss ever made by a film company in the history of film. In recent weeks audience tracking was beginning to alarm Disney; which is why a 10 minute preview was released online several weeks ago as well as a scramble of other material to try to generate greater interest. So far, the film about a former military captain who is transported to Mars, has generated $184 million in ticket sales worldwide. That is far shy from the audience needed to earn back the movie’s estimated $250 million production budget, plus tens of millions more that Disney spent on advertising. 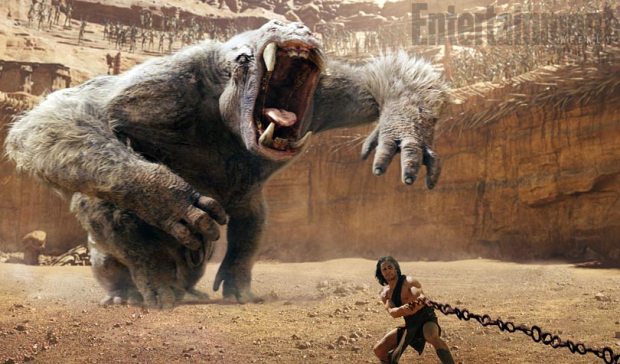 It’s an enormous hit with Disney shares taking a 1% drop today alone. Even before the movie opened, Wall Street analysts had projected “John Carter” would lose tens of millions of dollars as industry tracking showed little interest in the film.

Making the situation worse is a strange attitude of critics to now wade in and pummel what is already a dying commodity. This is odd because public feed back, comments online etc etc are great – suggesting the film’s really good however scores of critics are panning it senselessly creating a very damaging gap between those who’ve seen it and those who are thinking about it. This potentially knackers Disney’s capacity to win back revenue at a later date, potentially threatening any new, innovative films coming out in future; much like the reportedly brilliant 2D animated Princess and the Frog in 2010.

So what’s happening? Mickey on the dole? Goofy washing cars at traffic lights? Nemo joining the Circus? Probably not. While it’s a fat loss and might make Disney think twice about it’s marketing campaigns (the John Carter one’s gave no context and only revealed effects images to a confused public) it doesn’t get much bigger than Disney. Production budgets for profitable sections of the company (Marvel Entertainment and Pixar for instance) are most likely ring fenced and will be doubly protected because the central mother company will be looking to them to cover the loss over the next year or so.

On top of which, Disney were smart by projecting a $200 million loss. They took the big hit early with a worst case scenario announcement – while the final tally after DVD, TV, web, merchandising and frankly word-of-mouth haven’t had a chance to influence the end result. Bad news is still no news and while John Carter was unknown be many before because of shoddy marketing, now many people who didn’t know about it now do – something that might make a modest impression on tickets sold. So we predict it’ll be a bigger climb than they hoped but Disney’ll be back this time next year.